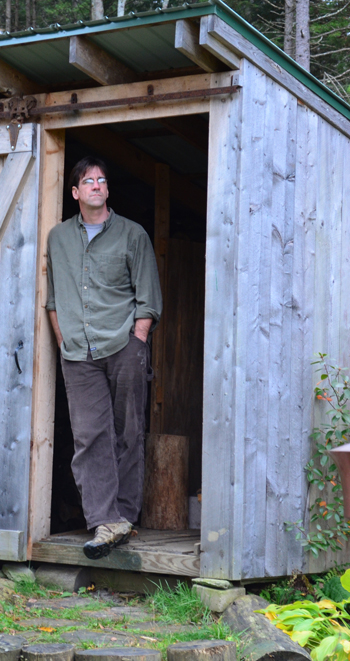 Please Note: This is an old website, no longer maintained. In early 2015, I left the freelance writing business to work toward and eventually pursue another life-long dream in Architectural Drafting and Design, in addition to work as a Residential Project Estimator.
—

James Askew is a Vermont-based freelance journalist and writer. He was a contributing writer to Vermont Life magazine in 2007 to 2009 and has researched, reported and written for a wide variety of local, state, national and international publications. From early 2010 to late 2011, he served as a regular monthly contributor, then senior feature writer, for BuilderNews Magazine, where he wrote long-form feature articles on architecture, building science, green building, project profiles and industry trends. Other substantial positions James has held include close to three years—from 2008 through 2010—as a freelance business reporter for the New England Business Journals and more than two years—from 2008 to 2010—as a contributing feature writer to BG&H publications, a Chicago-based publisher of several trade magazines, including Green Building & Design, Luxury Home Living, Energy International, Canadian Builders Quarterly and several others.

In the years leading up to his work as a journalist, James traveled extensively throughout the US and Europe. He lived and worked in London between 1993 and 2001, where he trained as a high-end landscape gardener, providing landscape design and botanical services to clients in and around the Clapham Common region of South London. He has also lived and worked in New York City, New Orleans, San Francisco, Washington D.C., Bar Harbor, Maine and for a brief time in Eliat, Israel, on the Gulf of Aqaba, at the northeast tip of the Red Sea.

He returned to the US in 2001 and settled in Vermont, where for seven years he worked as a carpenter and construction manager in residential construction. In 2005, he bought an old Vermont hunting camp, which he has since converted into a country cottage and small-scale homestead. James is an avid vegetable and perennial gardener and raises a small flock of chickens. He attended Vermont’s Johnson State College from 2006 to 2008 to complete a degree in journalism and English, served for one year as the managing editor of the campus newspaper and was a fiction editor for the school’s highly acclaimed literary magazine, Green Mountain Review. He graduated from Johnson in May 2008 magna cum laude, with a  Departmental Award in Journalism for Academic Achievement. He began work as a full-time freelance journalist in November 2007, while completing his degree, and continues today to research and write on a broad range of topics, with a primary focus on people, places and the built environment.

In 2015, James went to work for Sticks and Stuff, one of the largest building supply companies in Vermont, where he was able to combine his cumulative knowledge building science, processes and techniques, with his advanced research skill as a journalist and his admittedly geeky love of numbers, math and all-things Excel spreadsheets to create, develop and implement the company’s first Estimating, Design and Engineering Department and serve for close to three years as the company’s Senior Project Estimator and Architectural Designer.
Home